Home » How to Enjoy Watching a Live Comedy Show

How to Enjoy Watching a Live Comedy Show 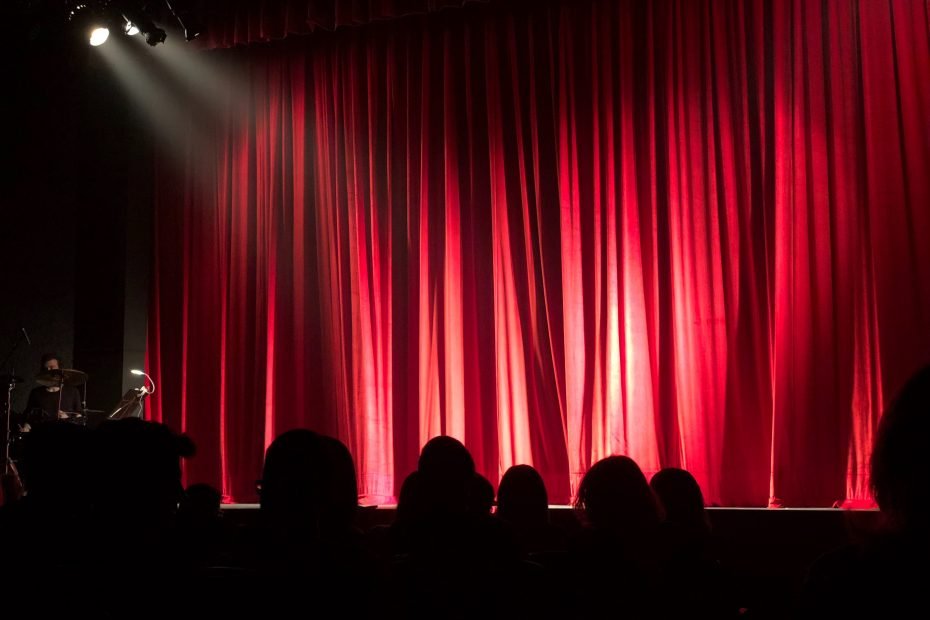 When you watch a live comedy show, you get to see a one-of-a-kind experience. Yes, most comedians have memorized their acts, but live shows tend to have unique moments. If you aren’t there, you’ll miss it.

At a live comedy show, you get to enjoy the jokes along with the audience. Laughter is contagious, and many comedians feed off of the laughter in the seats. The whole point of going to comedy shows is to laugh, and doing it with an audience makes the laughter that much more enjoyable.

How to Enjoy a Comedy Show

While comedy shows rarely come with rules (unless the comedian establishes them during the event), audience members should follow a few general ones.

Most live comedy shows require audience members to buy tickets. Pay attention to the start time. If you are late to the show, the comedian might comment in an attempt to embarrass you. Being late to a comedy show can interfere with the rest of the audience’s enjoyment, as you interrupt their view. Be respectful by being on-time.

Put Away Your Phone

While you might be tempted to snap photos or shoot a video of the live comedy show, most live venues ask that you put away your phone instead. Pay attention to the comedy show in front of you rather than your phone. Comedians make money by selling tickets to their shows. If you post videos of their performances on social media, then you could be usurping their paycheck.

Comedians usually perform under the spotlight with darkened house lights. If you turn on your phone, its light will be distracting. Remember that you do not have to post pictures of everything on social media. Enjoy the moment while you are there and turn off your phone. Your memories should suffice.

Some comedians enjoy it when the audience heckles them. If you want to enjoy the show, do not be the first person to heckle. Since heckling is akin to bullying, comedians often leave the stage if the audience gets unnecessarily vicious. Imagine the challenge of getting on stage in front of strangers and show respect to the performer.

Eat Before the Show Starts

Comedy shows are unique experiences. You will enjoy it the most if you pay attention to it. Remember that you are not alone in the audience. If you are munching on food while the audience is listening to the comedian, you could be rudely distracting.

It’s perfectly acceptable to enjoy a beverage during a comedy show. But do not drink so much that you lose your inhibitions and distract others from the show.

Be Discrete with Restroom Breaks

Remember that you are not alone in the comedy club. If you are sitting near the stage, you could be in the line of sight to the comedian. If you sit farther away from the stage, you are less likely to disrupt the audience if you have to use the restroom.

Keep in mind that most comedians do not perform for more than an hour before they take a break. To fully enjoy your time at the comedy club, take care of your personal business before the show starts. If you leave to use the restroom or take a phone call, you will miss the show and possibly distract other viewers.

When you are in your seat, pay attention to the show. If you are busy talking during the show, you will distract other people. Live comedians can see their audiences, and they respond better to audiences who are paying attention. Show respect with attentive body language and laugh if you find something funny.

Engaged audiences tend to get better live shows than distracted ones. If the comedian asks for responses, feel free to respond. Requested reactions could be as simple as clapping, raising your hand, or answering a yes or no question.

The comedian appreciates your attention – even if they never say it. Other audience members do, too – and it shows them that they should be respectful, also.

Learn About the Comedian Before You Go

Before you visit a comedy club before you go to a show, take time to learn about the comedian. Look at the comedian’s website and watch some video clips. You might discover that the comedian talks about topics that you don’t find funny. If that’s the case, you won’t enjoy watching the show. You can save money by doing a bit of research before the event.

While you learn about the comedian, check out the event, too. Some comedians have opening acts, and if you arrive too late, you’ll miss them and their jokes.

Relax and Enjoy the Show

If you spend too much time worrying about how to enjoy watching a live comedy show, you might not enjoy yourself. Relax, sit back, listen, and watch. If you know the comedian engages with the audience, sit close to the stage if you like to talk to the talent. If you don’t want to be noticed by the comedian, sit in the back. Most importantly, have fun.

Remember that comedy shows rarely have rules, but there are a few simple rules of kindness and grace that make any live show more fun. Put away your phone, don’t interrupt the audience, and be on time. Comedy shows are joyful experiences designed to elicit laughter. As the audience member, your job is to watch the show, have fun, and laugh.