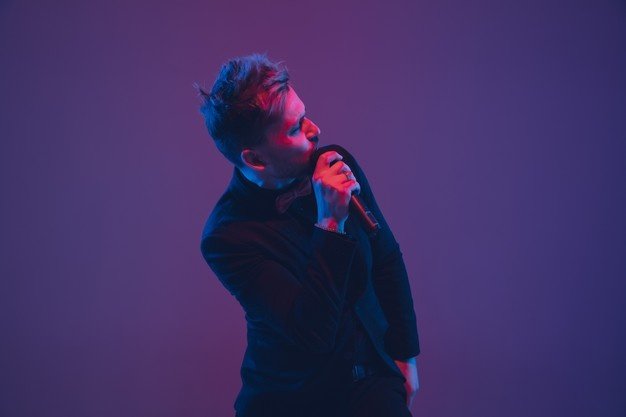 If laughter is the best medicine, nothing beats a comedy club’s live and raw energy. Besides, the unpredictability and adrenaline-fueled excitement of live performance, on the other hand, keeps it moving ahead. Why do you think Corey Adam and Jeff Altman perform every day?

Comedy clubs are platforms where many comedians express their views about life and issues. Comedians like Richard Pryor, George Carlin, and Sam Kinison used groundbreaking performances at Chicago’s The Second City to confront racism, religion, and politics with an irreverent twist that wasn’t allowed on the radio.

Asides from the fun you get from comedy clubs, the health benefits of constantly attending a comedy club are mind-blowing.

In a report published by the American Physiological Society, scientists discovered that the mere anticipation of laughter lowered the levels of three stress hormones – Cortisol, epinephrine, and DOPAC. Aside from this fact, other health benefits ranged from the reduction in blood pressure to relaxation of the muscle to brain stimulation, and more.

From Texas to the mainstays of New York and Montreal, I have compiled a detailed list of some surefire places to get your giggle on.

The Comedy Store is one of the oldest comedy clubs globally, established in 1972 in West Hollywood, California.

Do you know that Marc Maron, David Letterman, Jay Leno, and Dice have all performed in this comedy club? They all have performed in many nightly programs in the popular Original Room.

A little cocktail waitress – Wende Curtis, turned her way to becoming the owner of a well-known comedy spot in North America – Comedy Works. Many famous-classic albums, from Natasha Leggero to Greg Giraldo to Nick Thune, and many more were recorded in this comedy club. Interestingly, popular comics in the industry have made this club a home away from home.

This club’s similar multi-colored and diamond-patterned background makes it so similar to Improv’s brick wall. Besides, just like Improv, this club is a definition of audience-pleaser.

Hundreds of comedians from native and adopted San Franciscans Robin Williams to Paula Poundstone to Margaret Cho and many notable comics got their start in the Bay Area’s oldest comedy club.

Zanies is one of the special comedy venues you will ever discover with an open mic. Expect to have the hilarious evening you’ve dreamt of in this club with plenty of laughs, local acts, and well-known comedians,

Are you looking for a comedy club with a bar and restaurant? There is no better comedy club in Minneapolis than Acme Comedy Company.

This club is regarded as one of the top comedy spots in the area. Most importantly, it draws a large crowd from the surrounding neighborhood every night.

With a history of regionally touring patron saints like Bill Hicks, Sam Kinison, and Ron White, who frequently stopped in from Houston, Austin’s robust comedy scene relies on Cap City (originally the Laff Stop) as its beating heart.

Colleen McGarr – a former Just for Laughs booker and manager/girlfriend of Hicks takes pride in the club’s collaboration with other major events in town, such as the Moontower Comedy Festival.

Rumor comedy club is well-known for fundraising and auctions during live concerts and being a comedy club. At Rumor, several well-known comedians from all over the country perform, such as Andrew Grose, Adam Newman, and Andy Noble, a well-known local.

There are many year-round English standup alternatives in this cosmopolitan bilingual city. They are world-renowned for their Just For Laughs festival, including this decades-old JFL venue.

The Comedy Nest is located on the third floor of the Forum downtown. It has an intimate layout with 160 seats in a cabaret-style theater with an 18-and-up entrance policy.

Helium Comedy Club is a modern entertainment club contributing to Portland’s burgeoning comedy culture. Not only that, but the club also has an insider’s club, open mic nights, and comedy lessons.

Montreal Comedy Club has a full food and bar menu. This is not a comedy club you want to miss, especially if you’re in the area.

This club is always a packed house and a barrel of laughs with showcase Mondays and comedy shows throughout the week.

It would be strange if one of America’s most iconic college towns, and the origin of The Onion, didn’t have a strong local team. Fortunately, the Capitol-adjacent Comedy Club on State has built a reputation for a welcoming, lounge-like environment and constant quality bookings such as headliners and rising stars. This comedy club also co-book large performances with the nearby Orpheum Theater.

Rick Bronson, an award-winning comedian, and now the comedy club owner, brought the Phoenix comedy scene to life in 2014. Since then, comedy lovers and notable comedians such as Norm Macdonald and Kevin Nealon have performed in this venue.

The 600-capacity club, which all but the biggest stars avoid because of its size, can be made cozier with a simple curtain draw. Besides, its reputation for attentive crowds keeps touring performers coming back year after year.

It’s time to have the best of experience!

North America is known to be one of the forerunners in the ranking of top-rated comedy clubs. Interestingly, the comedy clubs listed above are the tip of the iceberg.

There are a lot more!You can visit any of the clubs closest to you and check what they’ve got for you!